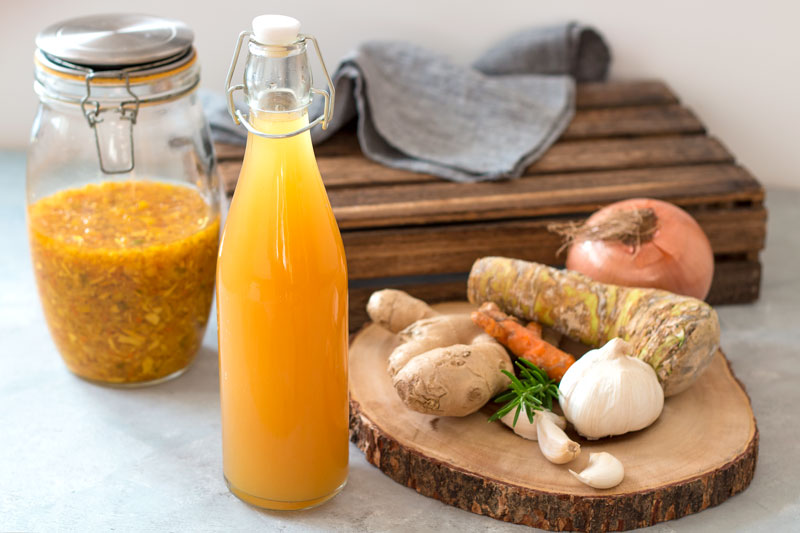 Some of you may be aware of the Fire Cider trademark controversy, recently reported on by the New York Times. The dispute stems from one company, Shire City Herbals, trademarking the term “fire cider.” The term has been used widely since the 1980s to refer to a homespun warming apple cider vinegar tonic made by herbalists to ward off illness. In response to the news of the trademark in 2014, herbalists came together to form a FreeFireCider movement, have asked natural food stores and shoppers to boycott Shire City Herbals’ version, and filed suit with the U.S. Trademark and Patent Office arguing that the trademark should be canceled because “fire cider” is a generic term.

Almost 5 years later, and after Shire City Herbals’ lawsuit against key organizers of Free Fire Cider for using the term fire cider on their products and for damages the boycott caused Shire City Herbal’s business, the unresolved issue of whether fire cider is a generic term and unable to be trademarked, will be taken up in U.S. District Court for Massachusetts. Trial begins today – March 25, 2019.

Because of its ongoing unethical and bullying legal practices – and in solidarity with herbalists around the country – TPSS Co-op has chosen to no longer order fire cider from Shire City Herbals.

This means, however, that we are currently seeking new producers to stock our shelves with this wildly popular folk remedy. While we are looking at national and regional companies to replace our fire cider stock, we would also love to stock some locally made fire cider as well!

We are proud to carry products from small local business such as Artisanal Wellness, Michelle Bailey Fine Arts, Roma Steel Soaps and Act Naturally and are always looking to support local artisans.

If you or someone you know would like to expand their fire cider business, please contact the Wellness Department at 301-891-2667 or email us at wellness@tpss.coop.